Summer seemed all but a distant memory as the faithful (myself included) flocked to Michael’s today for another season of power lunches (yes, they are still a thing) where business actually gets done and birthdays are celebrated (Happy Birthday, Kerry Kennedy!). Think about it: When was the last time you got to pitch someone a big idea over the phone? And you can’t text anything important (or at least you shouldn’t) to a potential client or investor. Personal exchanges in a civilized setting to talk business seem downright subversive and revolutionary these days.

I was happy to kick-off the fall lunch season with Deborah Burns, whose new memoir, Saturday’s Child, reads like great literary fiction, and Amy Kliger, who arranged our get-together. Amy has introduced me to a whole host of high-achieving and fascinating women over the years. Deborah is one of those extraordinary women. We were meeting to talk about her new book which chronicles her fascinating, complex and touching relationship with her rule-breaking mother. I found the book incredibly cinematic and devoured it in three nights. (I love when reading a book is like watching the movie unfold in my head.) We settled into my usual perch (Table 27), ordered our salads, and got down to business.

After spending many years in magazines working for industry heavyweights including Jack Kliger (yes, Amy’s husband), David Pecker and Cathie Black and rising to the title of chief innovation officer and brand leader for a host of magazines including Elle Décor and Metropolitan Home, Deborah saw the handwriting on the wall when Hachette sold their titles to Hearst in 2011. “My job was all about the future and I saw that there was no future,” she said. “I knew I had to reinvent myself. It was time for my next act.”

Deborah left Hearst (but retained them as a client over the better part of seven years) and became a media consultant advising brands and professional women over fifty on how to reinvent themselves through her own business, which she cleverly christened Skirting the Rules. It was her perspective as a woman at mid-life that allowed her to really connect to the women she began coaching. “I’m wired to reinvent,” she said.

Amy witnessed Deborah’s passion for helping women reach their goals firsthand when she arranged for her to speak to the employees at L’Oreal about five years ago at an internal ‘Women on Fire’ event. “A million people say they’re going to help women. Deborah has actually done it,” said Amy. “She stands out because she was utterly connected to this [goal] through her mother, whose options were limited. People connected to Deborah and her soul.”

As a consultant, Deborah continued to work with brands looking to find their niche in the rapidly changing business climate until her last digital client went under in 2016. That was the moment that Deborah decided to focus on her dream to write the book about her relationship with her mother, who died twenty years ago, that had been building up inside of her for so many years. Deborah’s quest to discover the truth that was at the heart the relationship she had with her mother long after her parents’ deaths had “become the story I had to write” but leaving the corporate safety net behind “was scary,” said Deborah. Something just told her it was time to forge ahead.

A sign from her mother perhaps? Deborah laughed and said, “I believe that now. There are so many serendipitous things that have happened throughout the entire process.”

After fully committing to the project, Deborah wrote seven days a week for 15 months and produced several drafts before going she was ready to shop the final version. Interestingly enough, Saturday’s Child didn’t start out as a memoir, she explained. “But that’s where I wound up.” In the beginning, she toyed with the idea of writing a non-fiction empowerment tome encapsulating the lessons learned from her mother’s life and the same strategies she used in coaching titled (what else?) Skirting the Rules, but instead decided to write a thinly veiled version of her own life as historical fiction.

As a novel, the book told the story of an only child girl growing up in the fifties who revered her beautiful and unconventional mother, a woman who fought against the restrictive and repressive cultural forces of the era.

But a literary agent who knew the details of Deborah’s life “knew the real story” and recommended that she rewrite the book as a memoir. Something just clicked. “I knew it was right. I never entertained the idea of writing the true story of my mother and me, but when I decided to write the memoir, I never looked back.”

As someone who has also considered – but have always hesitated — about writing a memoir of the profound effect my mother – and her tragic death – has had on my life, I asked Deborah if she had any misgivings about revealing deeply personal details about her family life. “I’m a private person,” she said. “but it was very important to me to look at the forces that shaped the woman who shaped me.”

The critical reaction to the book “has exceeded my wildest expectations,” said Deborah. Saturday’s Child has garnered raves from Kirkus Reviews (“Devilishly smart … a masterful balance of psychological excavation and sumptuous description”) and Booklist (“Poignant and absorbing …”) and earned praise from other novelists including Sally Koslow and Meghann Foye (who called the book ‘This generation’s Terms of Endearment.’)

Deborah, Amy and I talked about the subgenre of memoirs written by millennial children with an axe to grind with their parents. We all agreed a good memoir – especially about familial relationship – benefits from its author having the gift of perspective that can only come with time. In Saturday’s Child, said Deborah, she writes with “no judgment” of her mother and the choices she made. The book intentionally gives the reader “space of their own interpretation.” She explained her thinking this way: “It’s easy to decide what to do when things are black or white. When things are gray, you have to figure it out. Most people live in the gray.”

One of the most fascinating byproducts of having written the book said Deborah, is when she talks to book clubs and gains a fresh perspective. “Everyone tells me something about my mother.”

I was fascinated when Deborah told me about She Writes Press, who published the book. With traditional publishing houses trying desperately to figure out the new rules of the game while clinging to the remnants of its glory days, Deborah knew full well she didn’t want to go that route. (“Each year it gets worse and worse.”) But self-publishing wasn’t the answer, either. After doing some research, she discovered She Write Press, a “hybrid” imprint which publishes a list of 40 titles per season.

Foregoing a literary agent (but an enlisting the aid of a contract lawyer), Deborah worked directly with the publisher on developing the material (They nixed Skirting the Rules as a title which led to Deborah coming up with the far more literary option, Saturday’s Child) while retaining creative control.

The agreement also called for Deborah to retain and cover the cost of her own public relations effort and contribute to the cost of print runs of the book. The good news, said Deborah, is she will receive a greater percentage of royalties on “the back end.”

Besides the professional satisfaction that has come from the solidly positive reviews and brisk sales, Deborah says she has gained tremendous personal insight from writing Saturday’s Child. “It started as a love letter to my mother,” she said. “But I discovered this is really about me.”

As we shared a plate of summer berries and cookies, Deborah told me she isn’t likely to write a novel anytime in the future, “I’m not a fiction writer, I have to write from the heart. For me to do this again, [the project] has to have a ‘why?’” She also knows there is only one direction for her – forward. “The creative process of writing this book changed me,” she said. As for what the future holds, Deborah is currently writing her non-fiction book, Skirting the Rules, and is developing a series of workshops for “boomer mothers and their millennial daughters” on achieving balance in their lives.

“You can’t have it all,” said Deborah, who lives with her husband on Long Island and has three grown children. She recently became a grandmother. “I know my daughter was shaped by having a mother who worked hard at a career while raising three children.” She made the fascinating point that our daughters face a very different world than we did. “So many of the jobs and opportunities that were there for us don’t exist anymore. We’re at a point where, for the first time, daughters may not surpass [the accomplishments] of their mothers.”

These days,Deborah is most excited about the possibility of seeing Saturday’s Child come to life on screen. The Hollywood Reporter touted the book as perfect fodder for either a television series or theatrical film and Deborah’s signed with The Unter Agency to explore the possibilities. “This is the story I was born to tell.”

Seen & Heard Around the Room

Kerry Kennedy celebrating her birthday on Table One with ‘Mayor’ Joe Armstrong in town for a visit from Texas (We miss you!), Discovery Communications’ CEO David Zaslav and Discovery Inc group president Henry Schleiff, Covey Club founder Cindi Leive and Planned Parenthood’s former president, Cecile Richards, who now heads up a new women’s political action group, Supermajority (which she co founded with Alicia Garza, a cofounder of Black Lives Matter, and Ai-jen Poo, the director of the National Domestic Workers Alliance). I told you … the power lunch lives!

Brenda Vaccaro, Francine LeFrak and pals on Table Two … John Sykes on Three … PR scion Steven Rubenstein on Four … Jimmy Finkelstein on Five… Andrew Stein and his ‘girlfriend Dominique’ (I don’t know anything else, so don’t ask) on Six … Scott Malkin, co-owner of the New York Islanders on Table Eight … The early show: the lovely Gillian Miniter with a well-dressed gent we didn’t recognize had a quick bite, then for Act Two, 3 Arts Entertainment’s Molly Madden and Ben Stiller were seated at Table 11 … Keeping up with the “Joans”: producer Joan Gelman, radio doyenne Joan Hamburg (Happy Belated Birthday!) and another friend named ‘Joan’ (whose last name I didn’t catch) dining and dishing with the always dashing Robert Zimmerman … I didn’t see who he was with, but I spotted designer Tommy Hilfiger making the rounds in the dining room on the way out after his lunch this afternoon. 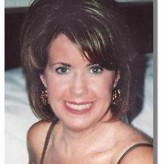 Diane Clehane is a leading authority on celebrity and royalty who has written for Vanity Fair, People, and many other national outlets. She is a New York Times best-selling author of five books, including Diana: The Secrets of Her Style and Imagining Diana.

Notes by Marilyn Kirschner Part 1 of “In America: A…

FGI’s “On the Avenue: The Welcome Mat is Out”

A little over a year ago, Fashion Group International checked…

When I first saw that Fashion Group International was sponsoring…

Post pandemic retail distribution has entered a “Field of Dreams”…

#Oscarssoweird! Like an entitled trust fund brat, Oscar delayed his…